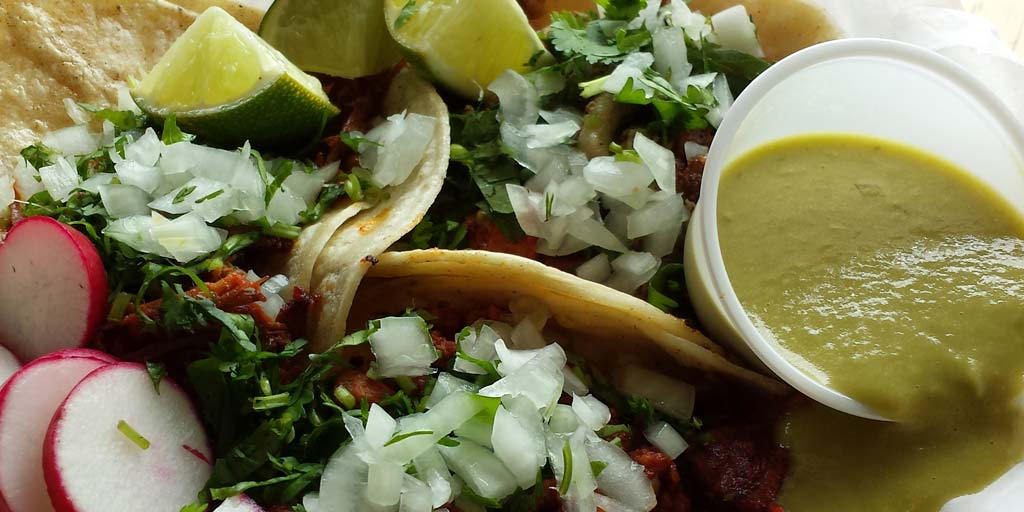 Are the extra scans really unneeded or inappropriate? An additional scanner may be improving access so that more people receive necessary scans. Or, as those preaching less-is-more will tell you, scanning is being over-utlized, wasting money and harming patients at the same time. Somebody studied that, too.

Admittedly, you can always attribute harm to doing something–driving a car, drinking contaminated water, and eating certain foods. Even getting a vaccine isn’t immune to this line of thinking. Of course, the opposite also holds true. Doing nothing is potentially as disastrous, albeit harder to define. Remember, letting “nature take its course” still involves your cells doing something.

Building a taqueria, conveniently close to where I live, will result in increased consumption of tortillas late in the evening.

The answer to this one is true… how do I know? Because someone studied it? Nope. I lived it.

In college, someone opened this “muchacho” restaurant around the corner from where I lived. My roommate and I would occasionally get the urge for tortillas and queso. Until the place opened, we would just sit there at our apartment and talk about it. As soon as the placed opened, however… wham! Out the door. We would be there in 3 minutes. I even recall one night the entire kitchen staff got into a brawl with each other. But, we kept going back. It was convenient. And, evidently, we found value in something there.

You don’t have to understand anything about economics to recognize how demand can be stimulated. Sometimes, we don’t know what we want until someone else shows it to us. Just think about the SmartPhone revolution.

But, here’s your final question.

Can any service really be over-utilized?

That’s an easy one.

If I eat too many tortillas, you might find the evidence in the added weight to my belly. But, keep in mind, you are making your own value judgement as to what constitutes over-utilization in the first place.

In the case of U.S. healthcare, the value judgements being made are coming more and more from a central party disconnected from your actual care.

Think about it. Take screening procedures that we use to detect certain cancers. Assume for a minute that some of them are clearly beneficial and might save a few lives (although, interestingly, there is notable evidence to the contrary).

But, let’s presume that one of these screening procedures works fantastically, and that it’s indicated for everyone out there.

Why in the world do we think insurance should pay for it?

Insurance is for unexpected events. Not routine ones.

Screening for cancer is an individual choice. Like eating vegetarian, drinking water over soda, and so forth. It may or may not even reduce death rates in large patient populations. So, why do we expect insurance to pay for those things, at typically exorbitant third-party prices, funded by our own often unaffordable deductibles and premiums?

It’s because we’ve been duped into believing that medicine can only be afforded when bought by a third party. The paradox, of course, is that it’s the third party that makes it so expensive.

It’s full of bureaucratic algorithms and infiltrated with corporate welfare and regulatory capture. It’s crowded by a myriad of entities promoting their own cost-analysis derivatives and models of quality measurement which, not surprisingly, financially mooch off the system so much you struggle to see their value.

Yet, we truck onward. We incorporate all of this. And, we design an “affordable care” system under the guise that a free marketplace is going to run it, when in reality, there is nothing of that sort going on at all.

Instead, our system is founded on the opposite premise. One that alleges a central authority can more reliably allocate resources and determine the price of goods and services.

And, so, CT scanners scan.

Some at thousands of dollars a pop. Some at three or four times the going rate. Sometimes with a five-fold difference in cost between scanners across the street from one another.

Yes, the entire system is built upon the premise that Medicine can’t be afforded without third parties, often to the glee of those third parties! Laws mandate we support it. We’re penalized for not complying. We fund it ourselves with one hefty “tax” after another being levied upon our standard of living. We remain duped.

All the while, two more taquerias come into town. Or, maybe it’s a dozen more. Seriously, where I used to live, there was  a Mexican Grill #13.

And yet, are any tortillas being over-consumed?

But, I’ll tell you one thing.

It’s called the law of diminishing marginal utility. It’s economics. A law that really needs no testing. It follows itself.

If only it were free to work…