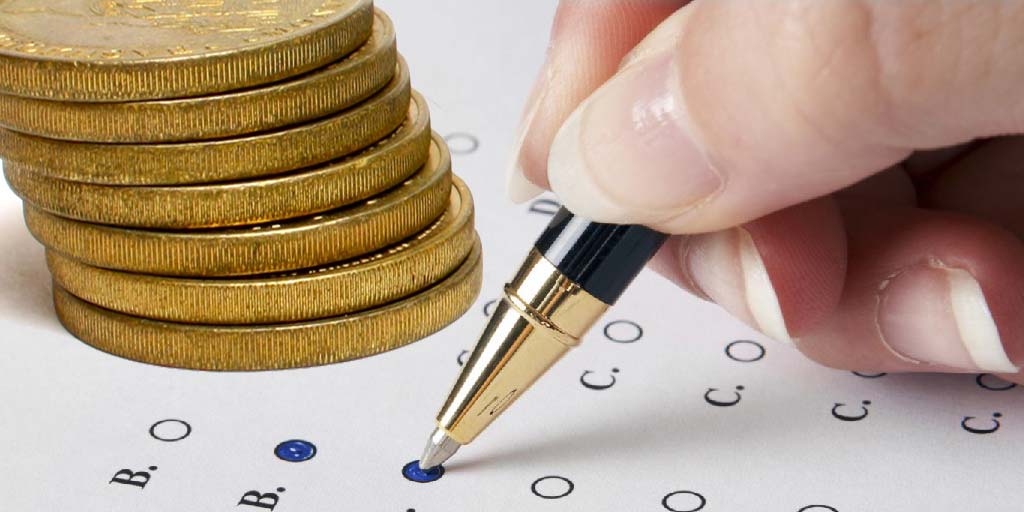 My oldest son is almost a second grader.

He attends a public elementary school in town, and very soon, he will start preparing for an exam known as the STAAR test.

The STAAR test is an “assessment of academic readiness.” In my state, it gets administered to publicly-funded school children. Students must pass the exam to continue progressing in school, and ultimately, students must master the Exit Level test to graduate high school.

There’s good and bad with standardized testing, and I’m not going to debate that point today. Instead, I’m going to tell you about a new proposal involving public school teachers.

Imagine, just for a moment, that we decided to pay our school teachers differently next Fall. It’s an intriguing idea, so bear with me. In fact, let’s pay school teachers based solely upon the scores their students achieve on the STAAR test.

Whoa, hold on now. School teachers, calm down. Don’t raise your eyebrows yet. On the surface, I’ve been told this is a great idea. You see, what we care about doing is getting our kids ready for life. And, teachers, you are devoted to stuff like this. You thrive on this. You are doing this kind of thing every day in our public schools. You are preparing our kids for their future!

And, you must not forget, we’ve now got a test to help you. We’ve spent so much money developing this thing that it finally encompasses all the things that matter in life. Basically, this exam is our “STAAR” of quality assessment.

So, teachers, here’s the new proposal. Why not take your devotion to your students and link it to this perfect exam? In fact, we’ll pay you based upon this relationship. This is brilliant.

The higher your students score on the STAAR test, the more you will get paid. We will even give you a bonus if all your kids pass on the first try.

You know why this is such a great idea? It’s because you will work harder now.

Since this test defines the quality of education that you deliver to your students, you will strive relentlessly to make sure that your kids score higher than the ones in the other classrooms. You will feel no fatigue as you coach them to take this test. Why would you? You can relax because your income is in the hands of a third-grader.

Now, admittedly, there is Joey, who is one of the more challenging kids to teach in your classroom. If you could just get Joey to read one sentence out-loud correctly this year, that would be your greatest accomplishment in over a decade of teaching. But, the STAAR test says Joey must not only be able to read sentences this year, but he must also be able to comprehend them. Really? Joey must do all of that for this year?

Hmmm… you don’t want to think about this right now, but maybe, Joey will get assigned to a different teacher down the hall. And, your income will benefit.

Actually, there’s a new job that opened up at the school across town. It’s located in a better area of the district. You’d never consider this openly, but historically, you know how the test scores have trended at this school. In fact, you know all kinds of statistical correlations related to those STAAR scores.

To be honest, you used to know how to be a great teacher. Now, you’re just an expert on STAAR, because that’s the only thing your boss has indicated to you that matters anymore. Just the STAAR scores.

You even know the one variable that often predicts Joey’s STAAR performance better than any other. You know it’s not how many days Joey attends class. It’s not Joey’s relative age, nationality, or even his grades on other school projects. You know it’s typically the income of Joey’s parents. You know that if you find a school district whose kids have parents in the highest income bracket, you will get paid more too. And, that’s what you deserve, because you are a great teacher.

The only issue is that you are internally conflicted. You’re torn between teaching more Joeys or making a better living for your own family.

In fact, what kind of new payment scheme is this anyway? Does anyone care about the kids anymore? And, this STARR test? Who decides on its questions? Since when is the quality of teaching entirely encapsulated by multiple choice questions? Is that the only value you provide anymore? Getting your kids to guess the right check box?

Let’s not kid ourselves. This idea is actually terrible. And, thank goodness it’s not really an actual proposal at all.

But, you need to know something else. This concept is not entirely a figment of my own imagination. This is exactly where we are headed with medicine in this country.

Medicine has literally become one of the only industries in this country that’s allowed to exist within nonsense markets, built around excessive third-parties, controlled by misdirected bureaucrats, who continue to feed themselves by inventing conflicts of interest for the rest of us. Moreover, there seems to have never been any arena, at any time in this nation, where detrimental overregulation has achieved such mainstream acceptance.

Think about it. Our ideas related to healthcare reform have just become bizarre. It’s as if mentioning the word medicine somehow invokes us to contemplate all types of irrational concepts to the highest magnitude. In fact, if similar ideas were to be implemented within any other industry, they would be viewed as simply outrageous.

Folks, the U.S. government has instituted a takeover of medicine. And, recent legislation, supported once again by people who seemingly haven’t even read it, has placed more concerning pieces in motion. Our Health Department is wanting almost 90 cents of every dollar paid to physicians to be linked to the equivalent of STAAR test scores within the next two years.

I have many Joeys in my clinic. I’ve got some that take my advice and still remain challenging medical cases. I’ve got others that don’t, but these people still need my help. You just can’t design a system that penalizes practitioners for seeing people like Joey and think that it will ever be a good system. And, to place government bureaucrats in charge of evaluating Joey’s “health?” This idea is as ridiculous as it sounds.

Friends, this is not a joke. The Secretary for the Department of Health and Human Services (HHS) will soon be giving me a score between 0 and 100. Despite no data to support the concept, this score is intended to convey to you how much quality that I’m providing to you as a physician. But, here’s what it really tells you: how affluent in “health” Joey appears to be by some government checkbox. And, here’s my favorite part: my “quality” grade is being given to me by someone who is not even a doctor!

I’ve written previously about how our government’s takeover of medicine is further dividing us into two tiers of medical care in this country. We are rapidly building one school on one side of town that all the teachers want to work at, and we are building another school that frankly no one wants to attend. We are paradoxically creating the very thing that most supporters of our current healthcare reform believed they were preventing: a healthcare divide. And, it’s about to get even worse.

I’m not against government projects. I’m against takeover schemes that move us in reverse. It’s silly enough having patients evaluated by STAAR exams. But, to pay doctors based upon these nonsense scores? Absolutely ridiculous.

And, you wonder why the best teachers are leaving our public school systems? Oh, wait. Maybe, it’s that our best physicians are leaving government-funded healthcare.

The time is now if you want to take back medicine. We’re headed off a cliff and desperately need a U-turn in Washington.

America’s Epidemic of “Less is More” in Medicine