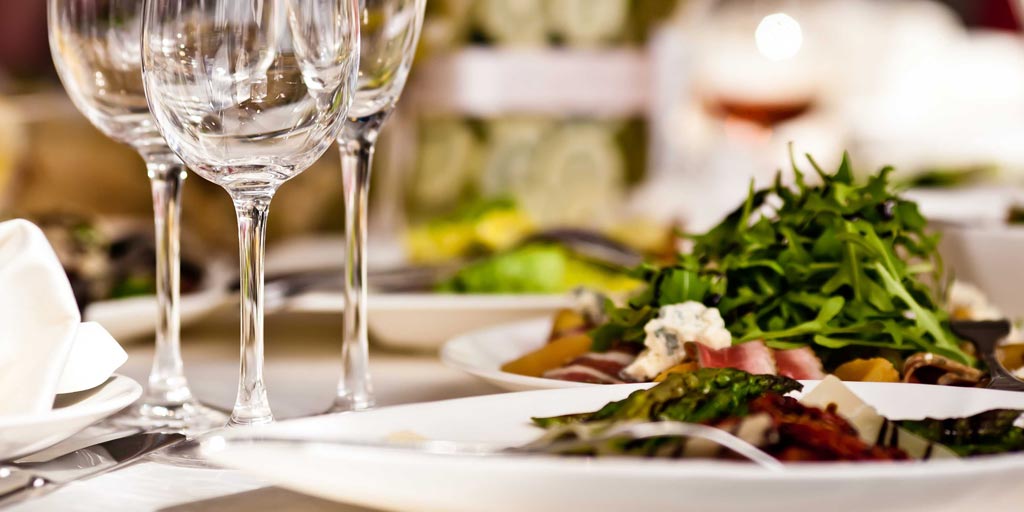 This article was written by Dr. Megan E. Lewis Grotefend, MD, and first appeared online here. The article is being re-posted simply because it is brilliant.

Imagine going to your favorite restaurant.

You are greeted at the door by the hostess, who seats you and takes your drink order. You order through your favorite waiter, Andrew, who recommends the special of the day: prime rib with a dinner salad and a chocolate torte for dessert. Soon after, the food is brought out and it is delicious!  You have time to enjoy your food. You then receive the bill and pay for your meal, returning to your home satisfied, all your dining needs met.

A change then occurs in the restaurant industry. A new form of eating out has been adopted. Your favorite restaurant has now contracted with over 30 different “restaurant insurance companies.”

Anticipating another pleasant dining experience, you return to the restaurant with your new “subscribers card.” You pay your $5 “copay.” You sit in the foyer of the restaurant. You wait an hour, even though you made reservations. A harried Andrew greets you and quickly takes your order after you briefly glance at the menu. The food arrives at your table. As you take your second bite, Andrew informs you that “your time is up” and the table is reserved for another party. You are escorted outside with your hastily boxed left-overs.

What has happened to the restaurant?

The first attempt at collecting the $75 dollars for the full meal is returned unpaid with the note that it was rejected due to a “coding error.” The forms for payment from the insurance company require the owner to list the parts of the meal, not by name, but by the numerical codes. The owner had listed the salad by the wrong numerical code.

No suggestions for the correct code are offered, so the restaurant owner purchases a series of books, at a cost of $500, to learn how to assign the correct code to the different parts of the meals. These books will need to be bought annually due to the constant changing of the code numbers. After 30 minutes of study, the owner realizes the dinner salad should be coded as a 723.13, not the 723.1 the owner originally put on the form. The salad, it turns out, needed to have two digits after the decimal point, indicating that it was a dinner salad, and not a “main course” salad. The owner mails the corrected form.

In response to the second request for payment, the insurance company does not send a check, but a detailed questionnaire: Was garlic used in seasoning the steak? Was it necessary to use garlic for this particular recipe? Did the restaurant ask for permission to use garlic from the insurance company before serving the steak? Why was salt, a less expensive alternative, not used instead? The owner submits the answers, emphasizing that the garlic is part of a secret family recipe that made the restaurant famous.

The owner waits another week (it has now been 3 weeks since the dinner was served). The check arrives three and a half weeks after the meal was served. The check is for $20 and states that it is specifically for the steak. The check also comes with a letter stating that no billing of the patron may occur for the salad, but no other explanation is enclosed. No mention is made of the $15 dessert.

The now frustrated restaurant owner calls the provider service number listed in the contract. After five separate phone calls to five different numbers (The harried voice behind phone call number four explains that the insurance company has merged with another insurance company and the phone numbers had all changed last week, sorry for the inconvenience…), the owner gets to ask why, when the contract says the steak will be paid at $45, has the check only been written for $20? And what happened to the payment for the $10 salad and the $15 dessert?

As it turns out, this particular patron’s insurance contract only pays $45 when the patron has reached their deductible, which this patron has not at this time. The remaining portion of payment for the steak must now be billed by the restaurant to the patron directly.

The $10 for the salad would have been paid if the patron had ordered it on a different day, but, per page 35 in the contract, because it was billed on the same day as the steak, it is considered to be part of the payment for the steak and no extra money can be collected from the patron or the insurance company.

The dessert, the owner learns, should have had a “modifier” number put with its particular billing code when billed with the steak and the salad.

Realizing that the insurance billing is quite a bit harder than anticipated, the restaurant owner hires a company, who is paid 5% of any money collected to specifically make sure these coding errors do not occur again and follow up on payment rejections. For an additional $99 per month, the billing company will “scrub” the forms submitted for payment to make sure specific clerical errors will not cause future delays in payment.

The owner now must lay off the hostess and the bus boy to pay the billing company, so these duties are now added to the waiter’s other responsibilities.

In the meantime, the restaurant owner has also had the waiter take on the job of answering the phones due to the now high volume of phone calls from patrons questioning why they are receiving bills for meals they ate over two months ago, and why did their insurance company not pay for this portion of the meal? This extra work is now resulting in longer times patrons must wait to be seated, and grumblings from the waiters who “were not hired or trained to do this kind of work.”

The owner now realizes that, although the dinner originally cost $75 to make, only $25 has been paid. The remaining $30 billed to the patron is now in its third mailing, with the first two requests for payment going unanswered by the patron. The restaurant owner realizes a collection agency must be employed in order to have any hope of receiving any portion of payment from the patron.

Each meal served now costs at least an additional $20 due to the added overhead of the billing company, coding books, and the collection agency. These added expenses have nothing to do with cooking food or providing any direct service to the restaurant’s customers.

Service to the restaurant’s patrons has been compromised with these changes as well. The owner has now over-extended the waiter, who was an excellent waiter, but is now taking on the roles of host, phone answering, and table bussing.

In order to even meet the costs of providing fine dining, the restaurant owner now must seat twice as many patrons in the same amount of time.

What was once an outstanding business that focused on fine dining and customer service has now been turned into a business in the business of trying to get paid.

Alas, I wish this were a fictional tale, but it is not. The only fictional portion is that this is not your favorite restaurant, but your favorite doctor’s office, which is responsible not for meeting your dining needs, but those of your health.