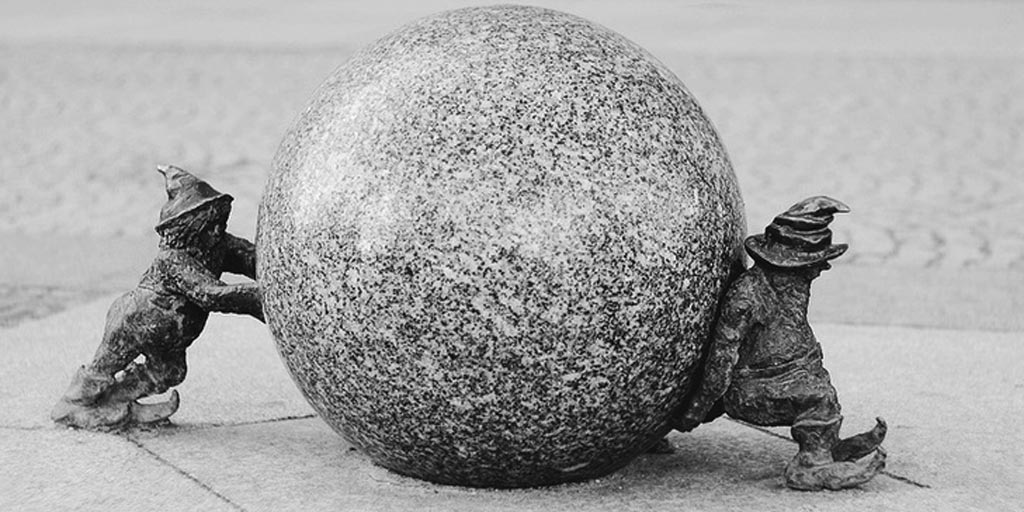 I enjoy documentaries. My wife says she enjoys watching them with me. The way I usually see it, they help her fall asleep.

But, not this one.

If you haven’t watched it, you should. We both enjoyed it.

It’s not one of these pick-a-political-side kind of shows. For the record, people across the political spectrum have endorsed it. The film has won like forty honors and twelve awards that I know absolutely nothing about. But, if you watch it, you’ll get the gist why.

We occasionally need disruptive thinking. Something to challenge our perception of reality. We actually need more of this when contemplating healthcare delivery, too. But, I’m not talking about that right now.

Poverty, Inc. is about poverty… and the humanitarian aid we use to fight it.

It’s also about government. And, business. And, how the collusion of these things isn’t solving poverty at all. Like I said, you should watch it. It provides you a fascinating perspective.

I won’t give it all away, but there are a few predominant themes that unfold in the film as you watch it.

1) Humans are not objects.

The poor are real people, real individuals, and real subjects. They aren’t to be objectified for our charity, pity, and compassion. By doing so, we make them moveable pieces in a social engineering game of magnificent proportions—a game that ironically can’t be played if the poor cease to exist.

And so, the framework of how we think about the poor has developed into a multibillion dollar industry. The poor are its objects. Just some variables in a lab experiment orchestrated by first-world technocrats.

2) The elite collusion of government and business is problematic, and additional regulations only serve to institutionalize this relationship.

He is describing the all too frequent occurrence where a business in one country gets awarded a hefty foreign aid contract (over local bidders) solely because this business’s own government gave a soft loan to the nation where the aid is being rendered.

When the State’s power is such that it directly controls massive chunks of its people’s gross domestic product, collusion between big business and foreign aid is inevitable. Crony capitalism ensues.

Michael Matheson Miller, the director of the documentary, explained in one interview that 70% of $1 billion in agriculture aid (obtained from public taxes and charitable givings) ultimately went to three companies in the United States.

3) Despite 99% of the industry working with benevolent intentions, the end result is a disaster.

Aid is not the problem. It’s a symptom of the problem. Many good people really do want to help. It’s just that our social fact box—comprised of our assumptions, beliefs, and institutions—is broken.

We think we can plan growth and create policies through social engineering. “If the poor just had better infrastructure, schools, and utilities, then they’d be able to create wealth,” we say.

So, we build these things.

Only to realize each of them is the result of wealth, and not the cause of it.

Sustainability actually comes from simpler building blocks: clear title to land, access to justice in the courts, the ability to register and build a business, and most of all, the opportunity to have free exchange.

“The poor know how to fish,” says Miller. “They just don’t have access to the pond of free exchange.” And, evidently, all the altruism in the world can’t outmatch that thing.

4) Emergency models are not the best longterm solutions.

When an earthquake tears apart your country, immediate aid is needed. Free rice is appreciated in an emergency.

But, it’s counterproductive for sustainability.

When something is always free, the pond of exchange evaporates. The market gets distorted. Local businesses can’t compete against something distributed at no cost. So, they shut down.

It’s been several years since the Haitian earthquake, but they’re still passing out free rice there. And, not surprisingly, the Haitian people and its economy remain stalled in space. In fact, in many ways, they are being helped to move backwards.

There is a place for emergency aid. This is not the debate.

“But, after forty years,” says one citizen from the developing world, “if you are still here, it’s a problem.”

5) Problems are better solved by individuals best positioned to see them.

A single American family will spend tens-of-thousands of dollars going through the approval process to adopt an orphan from a third-world country. Families invariably do so out of the kindness of their heart and a higher calling to improve the life of a child.

Poverty, Inc. spotlights a husband and wife duo involved with such a process. When the two arrive in Haiti and assimilate into the community, however, they witness a far greater problem—one that was unseen from their own central planning viewpoint back home:

More than 80% of the orphans—in the orphanages—aren’t orphans at all.

They have at least one living parent. In fact, parents will frequently come visit their kids at the orphanage!

How can this be?

When things are so economically desolate—the rice farms extinguished and so few available jobs—many parents, wanting the best for their offspring, will put their children up for adoption. An orphan oddly has become a coveted position, a winning lottery ticket of sorts. But, this ticket is one that pulls kids away from needed emotional ties—the love of a mother and the respect of a father.

The cycle is destructive.

“After living in an orphanage for a year, and getting to know the language and culture and people and really building relationships, we began to kind of see that the system of addressing the needs of orphans was actually a system that was creating orphans.”

Ultimately, the duo realized that the solution to the orphan problem wasn’t what they came to do at all. It wasn’t to adopt.

It was to build a business.

When I finished watching Poverty, Inc., I sat there amazed. But, not for the reasons you might think.

Instead, I was drawn to the obvious parallels between its conclusions and America’s medical system. I was stunned to learn that the very concepts that are so obviously detrimental to our “War on Poverty” are the same ones we continue to double-down on in healthcare.

Humans are not objects.

Precisely. We are willful beings with purposeful actions. Healthcare’s big data collection project, forced upon us through check box after check box on a computer screen, won’t ever define health completely. It’s not our savior.

In fact, this machine model of medicine—a model that’s poisonously been embedded into our heads as a quasi reality—is a major reason why our healthcare system is economically less sustainable with each passing day.

The elite collusion of government and business is problematic, and additional regulations only serve to institutionalize this relationship.

The progressive left believe the problem with healthcare is big business. The conservative right think it’s big government. And, to be fair, they are both right, WHENEVER these entities collude together.

In fact, it’s because of this point that it defies logic to voluntarily give either entity a more powerful stake.

For example, we don’t need the government involved in medical licensing, maintenance of certification, or mandated physician practice improvement activities. We’ve wasted more time and more public funds on government-approved medical acronym projects like EHR, MU, MU2, MU3, PQRS, VBP, MIPS, MACRA, APM, ACO, CPIA, CPS, ICD10, and so forth. It’s literally so unbelievable, you could not have made it more confusing had you tried to do so for that purpose alone.

Likewise, big businesses shouldn’t continue to receive corporate welfare. Current hospital systems thrive on government funds, often operating inside tax-exempt havens. Quite predictability, medical studies and procedures performed within hospitals are conveniently reimbursed by the government at a higher rate than when those same exact things are done elsewhere. Laws frequently are enacted to limit hospital competition. In fact, entering the market with a competing entity is illegal for certain groups of people altogether.

Bureaucratic healthcare programs run by the government (unlike the private sector) are not bound by profit-and-loss. They don’t voluntarily reduce themselves in size.

Once launched, they rarely disappear. They often just get added to, resulting in an ever-growing pile of bureaucratic cipher codes that must be mirrored by the private sector. Inefficiencies propagate.

The healthcare collusion model must go.

Despite 99% of the industry working with benevolent intentions, the end result is a disaster.

The medical practitioners and staff I encounter on a daily basis are by and large fantastic human beings. They are in it for the right reasons, yet frequently get demonized as profiteers and having conflicted interests. There may be no greater proof of a failing system than one where its workers enter out of benevolence and leave due to burnout.

Reasonable autonomy must return to save medicine.

Emergency models are not the best longterm solutions.

The existing economic structure of American healthcare has been built upon one emergency fix after another. We could trace it back to the establishment of medical licensing laws in the first half to the twentieth century, but for brevity, just join the timeline in the 1960s with the establishment of Medicare.

The architects of this government program originally abstained from selecting what medical services would or would not be covered.  Although medically correct, it was economically foolish, and within a handful of years, Medicare expenses were already four-times what had been predicted.

An onslaught of price fixes, managed care attempts, and pay-for-performance schemes were then concocted and implemented rapidly, mostly to no avail regarding cost control. At one point, for nearly two decades in fact, Congress would routinely meet in “emergency” sessions, held during the waining moments of the calendar year, to pass “emergency” physician payment fixes to supposedly keep the machine from collapsing.

Last year, the Medicare Access and CHIP Reauthorization Act (MACRA), was enacted, and just last month, 962 pages were released further explaining what this really might entail. If you read it, the complexity is just horrendous.

At what point will we come to realize our “social fact box” is distorted?

When will we finally start to unravel what has gotten us to this point—government subsidies, bureaucratic inertia, and the fallacy that another social engineering project will save us?

Problems are better solved by individuals best positioned to see them.

Whether it’s fighting poverty or improving healthcare, our best solutions will ultimately surface when those participating in the interactions are allowed to swim in the pond of free exchange. Our answers will not come from central planners.

People become confused on this point time and time again.

Entrepreneurs don’t routinely get together and collude to hurt the general public. This isn’t what they do at all. They see a problem on the ground level and attempt to create solutions for it.

We need more entrepreneurs in healthcare.

But, more than that, we need the massive tanker ship currently impairing transit in the harbor to sink.

The solution to medicine is to reframe the debate. Our model is flawed. People can create prosperity for themselves.

But, to do that, we have to quit expecting someone else to give us, what they keep telling us, we need.