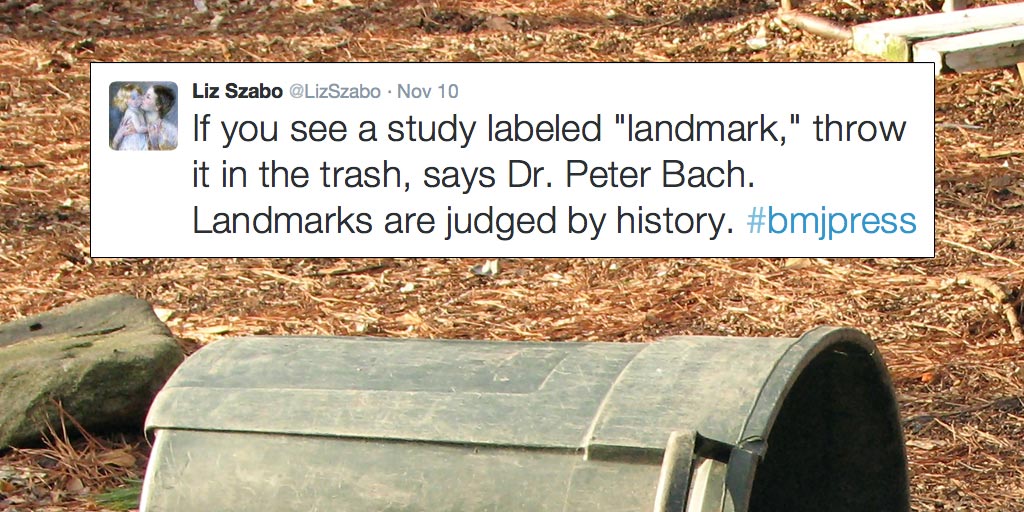 The sponsors of a recent blood pressure study, known as the SPRINT trial, did just that. And, just this week, their self-awarded landmark study was finally published for all to review.

I previously told you whether or not you should take more notice of your blood pressure at home, so I feel a brief discussion about this trial might also be helpful.

The SPRINT trial enrolled over 9,000 people in the United States and Puerto Rico. For every patient enrolled, there was general consensus that the patient needed to be taking medication for high blood pressure.

The trial was stopped early, at a median follow up of just over 3 years. Like I told you, the trial was landmark. Statistically, the investigators said the results were clear, and that the trial need not to be continued any longer.

As you might have expected, the intense group required more medications to get their results. On average, each patient needed one more medicine (a mean of 2.8 versus 1.8 blood pressure medications, respectively, between the two groups).

By adding (on average) one more medication per patient, the mean blood pressure of the intense group was 13 points lower than the less-intense group (121.5 mmHg verses 134.6 mmHg, respectively).

And, as I told you, the intense group, with the lower average blood pressure readings, won. Their primary outcomes were better. How better? I’ll let you decide.

1) The intense group had less deaths.

But, there is something you must know.

But, again, here is what you should know.

For greater than 99% of the patients enrolled, the group assigned didn’t matter when it came to developing heart failure. What was going to happen, just happened. Anyway.

But, yes, you already know.

For 99%, 99%, and 98% of the patients, respectively, these events occurred with the same frequency no matter which of the group’s average number of pills you were receiving.

I could go on and on. In fact, there were many more intriguing statistical findings. For example, the lower your blood pressure was at the beginning of the trial (e.g. if you were in the subgroup of people with a “seemingly decent” SBP ≤ 132mmHg at the start), the more numerical benefit you received regarding the primary outcome by making your blood pressure even lower on intense therapy.

But, lower, lower, lower, wasn’t even obtainable most of the time. That’s right. The intended target for the intense group (SBP < 120mmHg) wasn’t even achieved in over half the patients. In these people, the target was really nothing more than a theoretical construct.

As for how any of this might apply to an individual patient outside of this trial is really anyone’s guess.  All we’ve really established are the averages of this and that, and apparently, these may be irrelevant for nearly every end-point examined in about 99% of the people involved.

But, again, this is what we call landmark.

And, by saying that word, we almost succeed at dodging the real question:

What are you, the patient, to do about your blood pressure?

Well, I’ll tell you what I intend to do with mine.

I’ll entrust it to a doctor. A doctor who knows that science and technology alone will never define my best course of action. A doctor who, as Dr. Michel Accad has previously stated, understands Mutton’s Law of optimal patient care. Basically, someone who…

…knows what to do and when to do it.